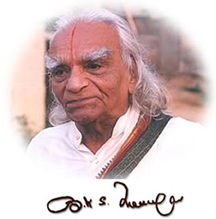 Dedicated to the global propagation of Iyengar Yoga

As formulated and approved by the 2007 Meeting

In 1954, BKS Iyengar (Guruji) left India for the first time at the personal invitation of Yehudi Menuhin to give the violin maestro private yoga lessons. Although Iyengar travelled to Great Britain several times between then and 1960, he was unable to interest anyone in the regular and ongoing study of yoga. This change, However, in October 1960 when he gave his first private class to his first three Western students: Diana Clifton, Beatrice Harthan, and Angela Marris.

In June 1961, Iyengar was at last able to teach some ‘regular students‘ when the sextet of Patricia Angadi, Diana Clifton, Angela Marris, Silva Mehta, Eilean Moon and Daphne Pick practised regularly once a week. In 1962, Guruji authorized these six students to teach others, as long as they taught in pairs to support each other. They were therefore his first “qualified teachers”.

The success of Iyengar's British classes was greatly aided by the publication, in 1965, of his epoch-making and classic work, Light on Yoga. By 1967, the people he was teaching and training were teaching for the London County Council. In 1969, the clear, safe, and systematic ‘method’ of BKS Iyengar was officially introduced into the adult education curriculum of the Inner London Education Authority (ILEA) by Peter Mackintosh, the ILEA's Chief Inspector of Physical Education. Other regional and local authorities in the United Kingdom soon followed.

Since Iyengar was only visiting the UK once a year, the demand for trained teachers made it necessary to establish teacher-training programmes. The first official ‘Iyengar yoga’ teacher-training programme was established under the auspices of the ILEA at the College of Physical Education, Paddington, being taught by Silva Mehta. Although the first of its kind, others were soon created at various points in the country. 'Iyengar' teachers were now appearing in ever-increasing numbers.

By 1974 it was clear that some kind of structural organization for record-keeping was needed. In 1977 the "BKS Iyengar Yoga Teachers’ Association" (BKSIYTA) was formed, and began to issue teaching certificates. In May of 1988, the "Light on Yoga Association" (UK), was formed to have similar oversight functions for the interests of the copious number of Iyengar students (rather than simply catering to the needs of teachers as the BKSIYTA was then doing). The two Associations merged in 2003, creating the Iyengar Yoga Association (UK).

The BKSIYTA, an Association explicitly created to propagate Iyengar yoga, was merely the first of several National Associations to be created. Similar associations now exist in Australia, Belgium, Brazil, Canada, Denmark, France, Germany, Italy, Israel, Japan, The Netherlands, New Zealand, Poland, Russia, South Africa, Spain, Switzerland and the USA, all with rich and vibrant histories, and enthusiastic and highly competent teachers. They pass on Guruji's teachings to their immediate communities, and ensure that Iyengar yoga teachers continue to have a reputation for excellence, thoroughness, and competence. In addition there are many other countries that are being serviced by teachers who have been trained in the methods pioneered by Yogacharya Sri Bellur Krisnhamachar Sundararaja Iyengar. They range from Iran to Portugal, from the Marshall Islands to Ireland. The number of Iyengar certified teachers around the world now stands at over 3,400, and increases almost daily!

The aim of the International Iyengar Yoga Association is to enable this vast and extended family of spiritual seekers to come to know each other; to work more closely together; and to benefit from each others' wisdom and experience as they jointly work to spread their Guru's teachings vibrantly across the globe.